In late February, the Oregon State Bar Board of Governors approved OSB Formal Opinion No. 2013-189.  Following in the footsteps of opinions about metadata (187) and cloud computing (188), the bar seeks to address the ethical minefield of using social media to investigate an opposing party, a witness, or a juror.

The scenario is as follows:

Lawyer wishes to investigate an opposing party, a witness, or a juror by accessing the person’s social networking website. While viewing the publicly available information on the website, Lawyer learns that there is additional information that the person has kept from public view through privacy settings and that is available by submitting a request through the person’s website.

Public Information is Up for Grabs

“Accessing the publicly available information on a person’s social networking website is not a “communication” prohibited by Oregon RPC 4.2. OSB Formal Opinion No. 2005-164 discusses the propriety of a lawyer accessing the public portions of an adversary’s website and concludes that doing so is not “communicating” with the site owner within the meaning of Oregon RPC 4.2. The Opinion compared accessing a website to reading a magazine article or purchasing a book written by an adversary. The same analysis applies to publicly available information on a person’s social networking web pages.”

If the holder of a social networking account is represented, the “friend” or contact request must be made through the account holder’s counsel or with the counsel’s prior consent.  Oregon RPC 4.2.

The Rationale Behind “Friending” Non-Represented Parties

The opinion includes an interesting discussion about the rationale for allowing lawyers to contact non-represented parties.

On the one hand, Oregon RPC 4.3 prohibits a lawyer from stating or implying that the lawyer is disinterested when making contact with an unrepresented party.  Further, if the lawyer knows or reasonably should know the unrepresented party misunderstand’s the lawyer’s role, he or she is obliged to correct that misunderstanding.  [See the second and third bullet points above, under Lawyers May Ethically “Friend” Non-Represented Parties.]

The opinion acknowledges that sending a request for contact means the “… lawyer is interested in the person’s social networking information.”  So how is it that contact is permitted under Oregon RPC 4.3?  Here is the explanation:

The opinion also addresses the use of subterfuge to shield the lawyer’s identity when making a request for access to non-public information.  Aliases or “fake” usernames are generally not permitted in this context, unless the “covert activity” exception applies.  See Oregon Formal Opinion No. 2005-173 for a full discussion.

What this Opinion Does NOT Address

Formal Opinion No. 2013-189 addresses the ethical implications of using social networking sites for investigation.  It does not discuss the Stored Communications Act (SCA).  For a very brief overview of the implications of the SCA, see this post.  If in doubt, research the applicability of SCA issues before proceeding with social networking investigation activities.  If you practice employment law, be aware of Traps for the Unwary Employer (using social networking and related digital resources to screen potential employees).

If you’re reading this, I suspect you are already familiar with Groupon, LivingSocial, and woot! – services that promise subscribers “deals of the day” from local businesses.  Admittedly, the discounts are tempting – often 50% off featured services or products.  And if the offer comes from a restaurant, hotel, or retailer, why not take advantage?  It’s all good stuff.  Customers save money and participating businesses can build their brand, find more clients, and “book more revenue.”   No wonder lawyers want to jump on board!  But before you sign on with a deal-of-the-day Web site, know and understand the ethics framework:

From – What hath the Web Wrought? Advertising in the Internet Age

Last year I blogged about a new jury admonition adopted by Ohio on the use of social media.  With today’s release of the 2010 Supplement to the Uniform Civil Jury Instructions (UCJI), Oregon is the latest jurisdiction to explicitly address this issue.  Due to copyright privileges, I am not able to reproduce the new language here, but I can give you an overview.  Revised UCJI 5.01 specifically directs jurors to refrain from:

The instruction goes on to make some interesting comments about why the law limits these forms of communication.  I encourage you to read it.  A 2010 supplement to the Uniform Criminal Jury Instructions (UCrJI) is still in progress, but presumably UCrJI No. 1004 will be similarly strengthened.  The current criminal instruction contains a brief admonishment against such communications.

The Uniform Civil Jury Instructions and Uniform Criminal Jury Instructions are included in BarBooks and therefore free to all Oregon lawyers.  You can access the revised civil instruction now via BarBooks.  If you prefer the traditional hard copy version, you can pre-order either or both at the Oregon State Bar Legal Publication Bookstore.

Are you on the Internet frequently?  Do you routinely stay online longer than you intended?  Are you often preoccupied with thoughts of the Internet?  Is your smartphone always by your side, at the ready to send a text or check e-mail?  If the answer to these questions is yes, then you may have a problem.

In the May issue of the Oregon State Bar Bulletin, Sharon Nelson and John Simek write about Internet addiction and compulsive use of technology.  Here is what they suggest to maintain your sanity, your health, and your relationships:

In short:  Get Unwired or Come Unglued, a very apt title for Sharon and John’s article.

E-mail scams are a familiar topic on this blog:

So what new twist would provoke an unprecedented fifth post by yours truly?  An article in the May issue of the Oregon State Bar Bulletin by Deputy General Counsel Helen Hierschbiel.

What’s a Scammer To Do?

Most lawyers are familiar with the traditional debt collection scams and have learned to avoid or ignore them.  So what’s a scammer to do?  Why, pose as an out-of-state lawyer, of course!

“A more recent twist … is when the request for representation comes from someone posing as an out-of-state lawyer who represents a foreign corporation. Some scams have even reclaimed law firms’ defunct websites or created websites using existing lawyers’ names.  By assuming the identity of lawyers’ out-of-state colleagues, scam artists hope to boost their credibility with their targeted victims.”

Follow the Internet Crime Complaint Center’s advice on how to inspect a cashier’s check:

Can I Report Scammers Without Breaching My Duty of Confidentiality?

“If the person contacting the lawyer has no real intention of creating a lawyer-client relationship, but is only interested in victimizing the lawyer, then the person is not an actual client and the duty of confidentiality does not apply.  In the absence of such a duty, there would seem to be no reason why lawyers who are the targets of these scams could not cooperate with law enforcement authorities in sharing whatever information they have about the perpetrator of the fraudulent scheme.  Before doing so, however, lawyers should take care to ensure that they are, in fact, dealing with a scam.”  Helen Hierschbiel, How to Avoid Becoming the Next Victim: Scammers Take Aim at Lawyers.

Who Ya Gonna Call?

We’ve talked about this before, but it bears repeating.  Report fake checks or mail scams to:

Helen also recommends reporting to the Internet Crime Complaint Center, a partnership between the Federal Bureau of Investigation (FBI), the National White Collar Crime Center (NW3C), and the Bureau of Justice Assistance (BJA).

Copyright 2010 Beverly Michaelis (as to original post content) with many thanks to Helen Hierschbiel and her excellent article, How to Avoid Becoming the Next Victim: Scammers Take Aim at Lawyers.

On Demand CLE and eBooks 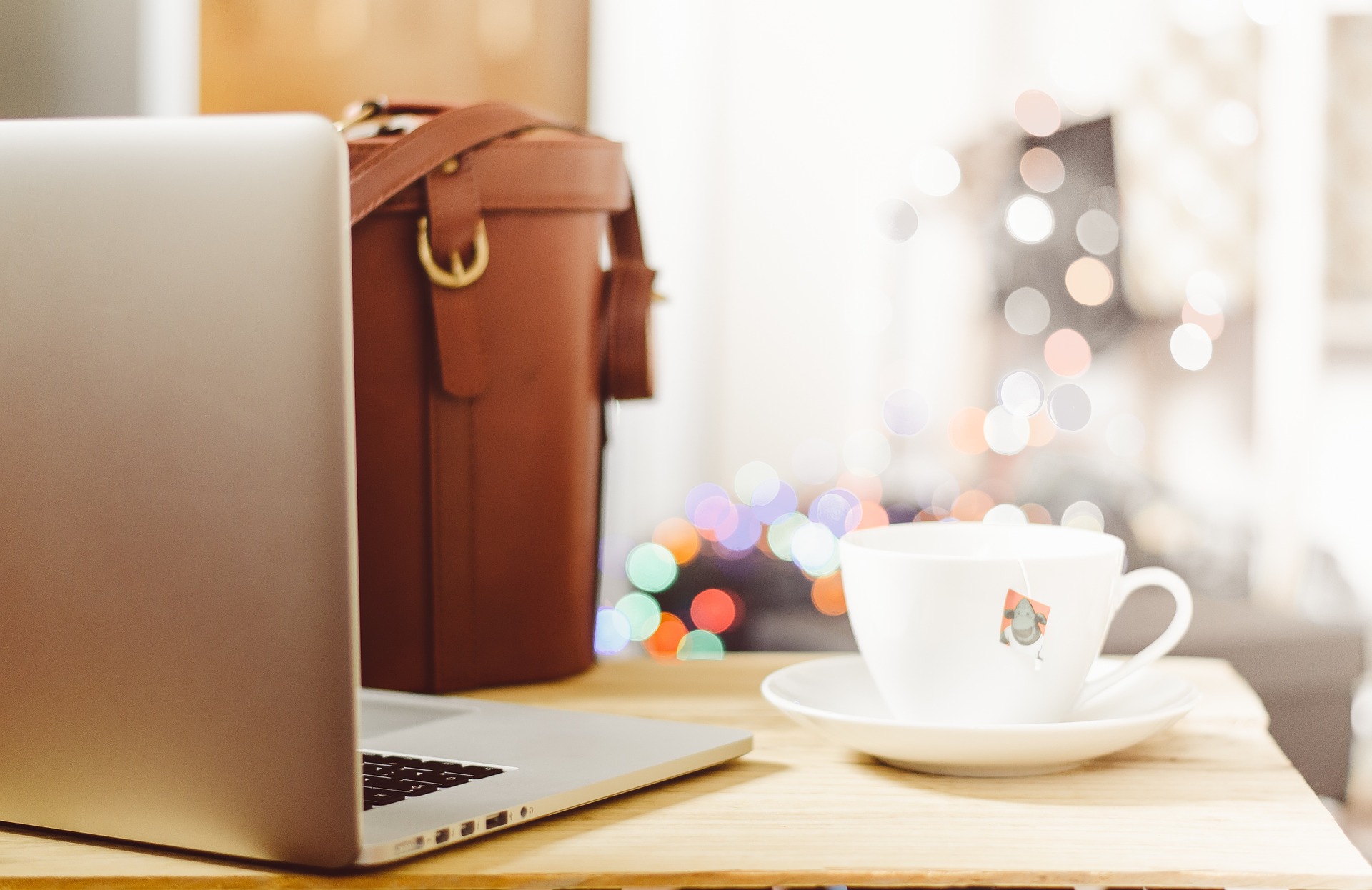